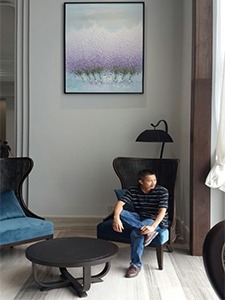 Art to Art Gallery is pleased to introduce the most recent works by our Vietnamese artist Tran Trong Thuong depicting all four seasons with a series of Trees in the streets of Hanoi, the capital city of Vietnam.

Born in 1980 in Hai Duong Province, North Vietnam, Tran Trong Thuong graduated from the College of Fine Arts in Hanoi.

To render the change of seasons in Hanoi where majestic old trees line the streets, the artist uses the oil medium on canvas with dynamic colors and intense brush and palette strokes.

One of the special features of Hanoi which make it such a beautiful and atmospheric city is its trees. During the colonial era, the French introduced the western concept of boulevards and streets lined with trees planted along the pavements. After the French left in 1954 there were some 10,000 trees, yet by 1980 there were over 200,000. 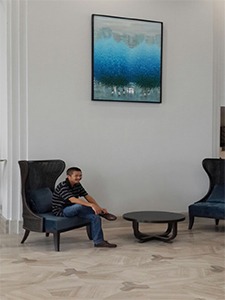 The species of the trees are very varied. They include the red flamboyants, the crepe-myrtles, and one of the oldest and most striking trees around Hanoi, the Bang Lang or lagerstroemia speciose or lilas des indes, a tree particularly associated with the end of the school year and final exams, as its beautiful lavender-coloured blooms come out in profusion in May.

Upon closer look, we are able to observe the textural richness of Tran Trong Thuong’s oil paintings. Each work consists of thick multiple layers that encapsulate a sense of three-dimensionality. The artist’s attention to texture and colors is reflected in his exploration of various shades and tones produced by mixing different colors of oil paints.

From this latest series of Tree paintings, viewers will perceive the evolving power and sensibility of the artist’s works, which exude a sense of warmth that resonates with something deep in everyone’s heart.