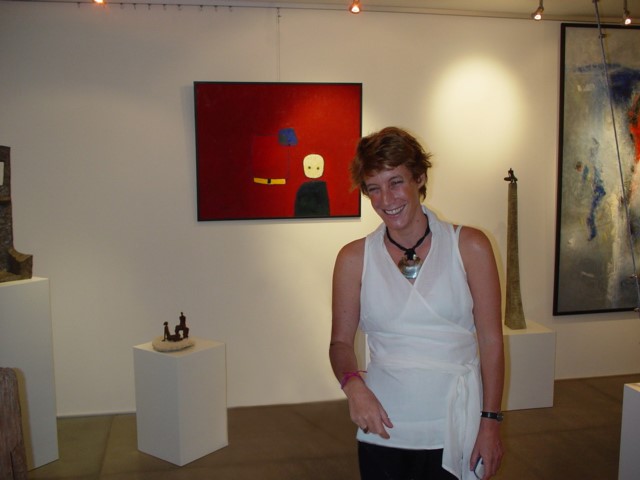 At the end of this month of October 2021, it will be five years since the death of the French-born Sculptor Valérie Goutard, known in the sculpture world as “Val”.

To pay tribute to this acclaimed artist who used to call Thailand her home, Art to Art Gallery is presenting an online retrospective exhibition of Val’s “Early Works”. 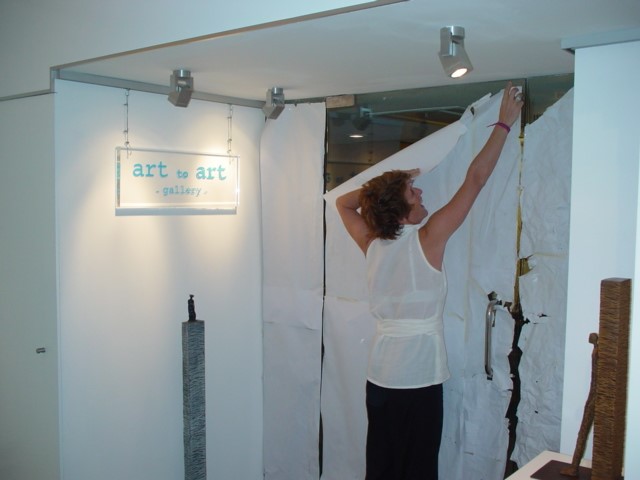 Early 2005 Val was discovered in Bangkok, where she was residing with her family, by the founder of our gallery, the late Valie De Roualle, who was immediately impressed when she saw Val’s very first creations made in a corner of her home as a hobby.

On 8 September 2005, the artist was made our guest of honor and presided over the grand opening of our newly-founded gallery in the OP Place Shopping Plaza, located next to the world-renowned Bangkok Mandarin Oriental Hotel. On this occasion, Val presented her first-ever solo gallery exhibition of sculptures. 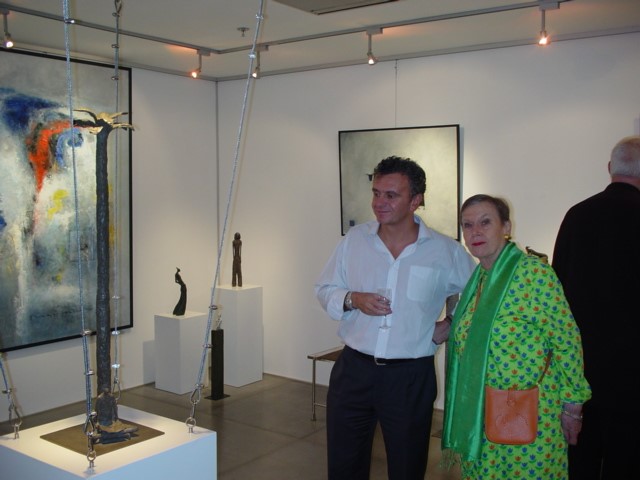 For the next three years, our gallery permanently exhibited the exclusive works of this talented emerging artist, thus launching her very promising artistic career.

At the end of 2007, Val, who had already acquired a certain notoriety in the Art world, was interviewed by LUXE TV :

Val was a self-taught artist who began with clay, a revelatory experience that would change the course of her life.

Originally, the artist spent only two years experimenting with what her hands and mind could produce, without any formal classes, before creating artworks, thus confirming her creative power and her status as a definitely gifted individual. Val has never regretted technical or cultural shortcomings. On the contrary, she credited them with giving her creative freedom.

Another important aspect in understanding Val’s art creation is that she rarely prepared herself by drawing or sketching her ideas. What remains remarkable is the spontaneity she showed at all times in her art. Val was an “instinctual” artist.

Our exhibition is noteworthy as it pays tribute to the artist’s early creative years. We feature 17 sculptures in chronological order, ranging from 2004 to early 2008, rarely seen and summarising the spirit of the artist’s early work.

These sculptures are all original ante mortem editions, exclusively made of bronze, forged at the time by the artist’s team of Thai craftsmen in a foundry near Ayutthaya, north of Bangkok, under her close supervision. As these early works show, Val from the start was a master at manipulating the medium of bronze, playing with the surface of the sculptures, creating contrasts between fluid lines and rough textures. 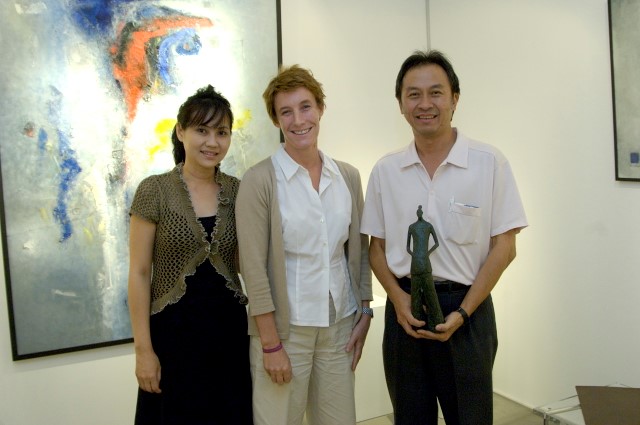 Quotes by the artist:

“My encounter with clay gave way to a fantastic realization that one can do so much with just their two hands”.

“My love for sculpture, the material, and the volume was born in a completely immediate fashion”.

“Sculpting is like life’s gift to me, it’s like my personal music. It really helps me to express my inner emotions for a larger reception, which I find are easier to express [this way] than with words on a page.”

“I felt like I am unravelling the Earth’s origin in its three-dimensional shape and form with the universe enclosed around it. It’s like putting the universe into the actual sculpture in its fullness and emptiness.”

“For me, our surrounding environment is really fundamental to my art pieces. You could say my pieces are engaged in a conversation with their surroundings – breathing and living its air.”

“For most of my artwork, I try to depict the sheer happiness that stems from such pure emotions as love.”

“I like adding the feeling of lightness and the balance that it brings to the piece. I am speaking of the kind of lightness that you feel when drinking a nice glass of wine by the candles with your loved ones.”

“[…] Working on my sculptures, I do not understand everything that is happening, but I sense that something is taking place,…”.

“Personally, I feel that your way to look at a piece reflects your inner emotions at that point in time.”

“Each piece is an adventure that arises instinctively from the vibrations around me.”

“I will definitely try to surpass my current pieces in technique and execution. You just wait and see !”

Sadly, Val’s powerful creative impulses came to a sudden halt in October 2016, when a tragic motorcycle accident between Pattaya and Bangkok took her life prematurely.

With this retrospective of early bronze masterworks, we wish to honor and perpetuate the legacy of Val’s soul and its relationship to beauty.

A limited number of these sculptures are available for sale, please feel free to enquire. 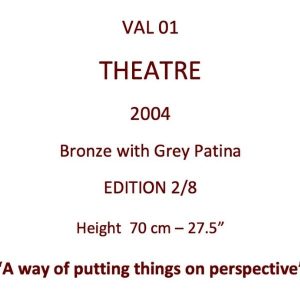 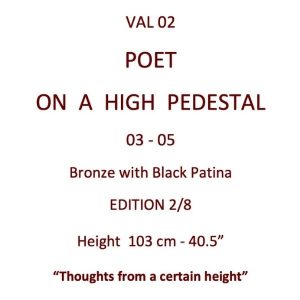 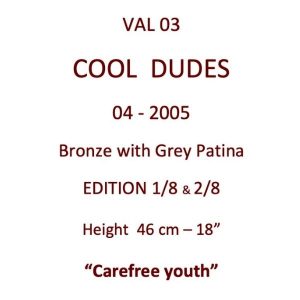 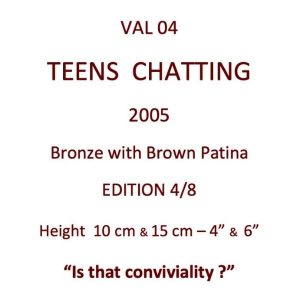 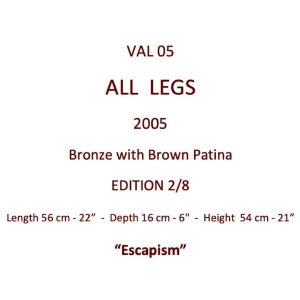 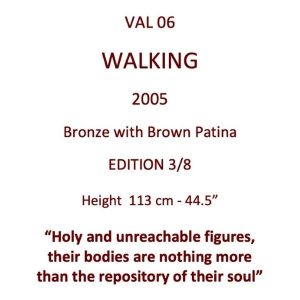 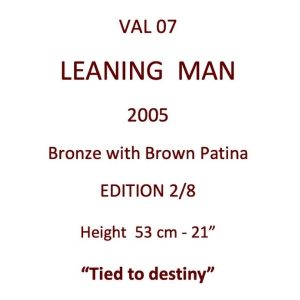 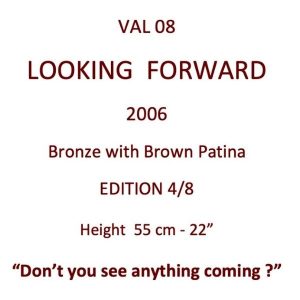 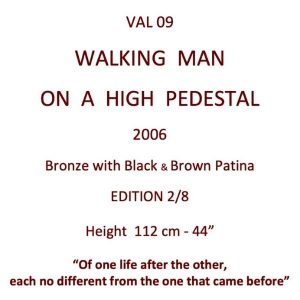 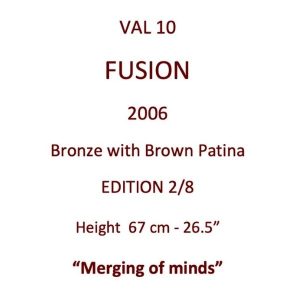 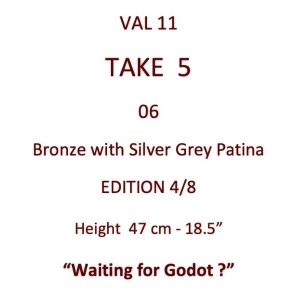 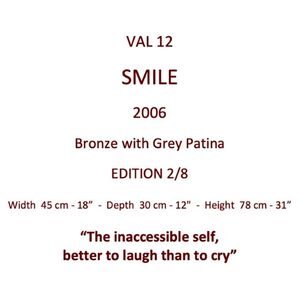 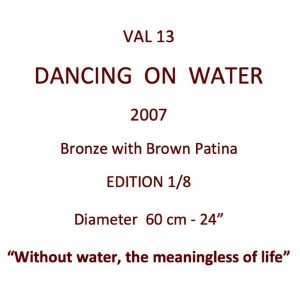 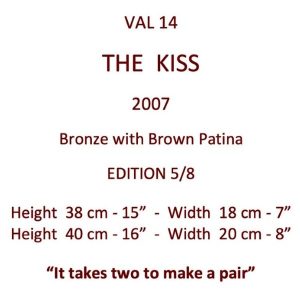 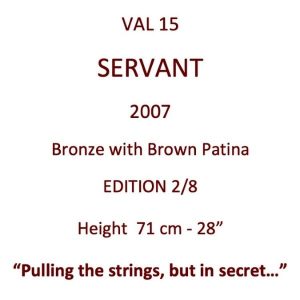 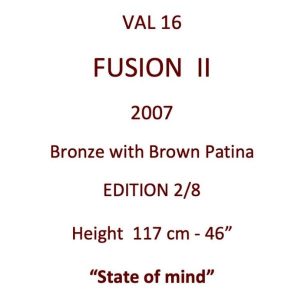 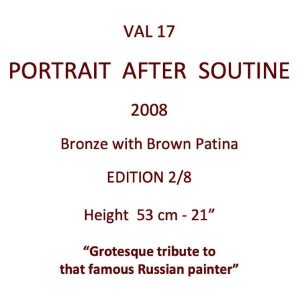